We had a grand plan for 2010. We planned to release Trese Book 4 and 5. Along the way, we distracted ourselves with other things and thought we were supermen and could juggle all these worlds simultaneously and still deliver the books on time. We were not as super as we thought.

So, while working on Book 4, we also tried to start TALIS, a new Pinoy superhero title and got to finish one issue. 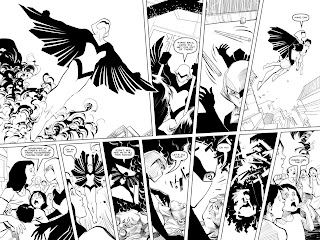 Then I wrote that Trese Valentine’s Day story “I Carry Your Heart” where we revealed the secret of the bangungot. 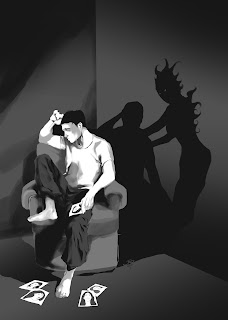 We also worked on the script and storyboard for a Trese short film (which is now officially on hold and not so sure how soon this will get the green light again).

And then I collaborated with Brandie for his RE:VISION exhibit piece,which was a six-panel Trese story that you switch around and revise and it will still tell you a story.


Towards the end of the year, Erwin Romulo and the crazy crew of UNO lured us into, what he promised to be, “a whole lot of fun”. Well, he did deliver on the “fun” part and we cooked up THE FEAST (It's an 8-page, full color, all original story from me, Kajo, and Alex Arellano.) Read it in the least issue of UNO. You can't miss it. It's the one with Iza Calzado on the cover. 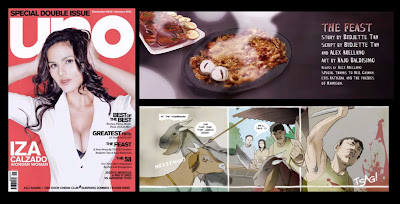 So, we didn’t exactly slack off and that’s why we missed our deadlines. We just kept ourselves busy. Too busy.

During the Komikon, Kajo released the first pin-up for the Trese: Night Gallery. Expect more of these pin-ups this year. 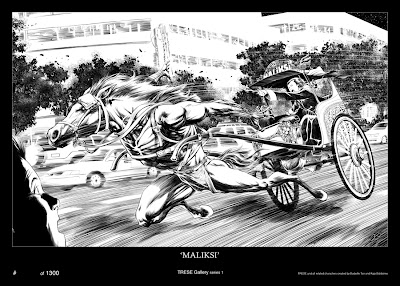 Oh, and TRESE: MASS MURDERS won Best Graphic Literature of the Year in the National Book Awards. Thank you very much! 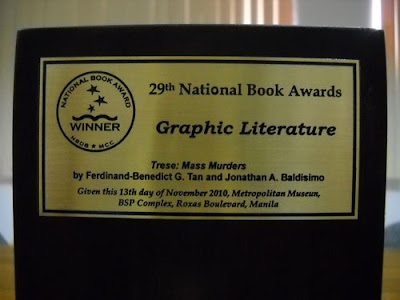 So, what’s the grand plan this year?

As of this writing, Kajo is finishing the pages of case#2. If all goes well, then Book 4 should be ready by the Summer Komikon and Metro Comic Con.


Well try to avoid getting distracted and finished what we promised we’d finish.

And maybe we’ll get more TALIS done, with a little help from our friends.

Talking about our friends, here’s sneak preview of what you’ll see in the third and last issue of SKYWORLD by Mevin Ignacio and Ian Sta Maria 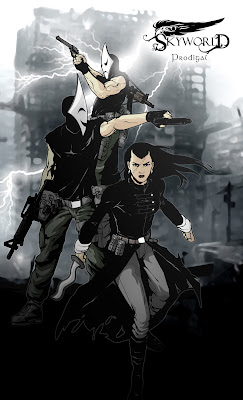 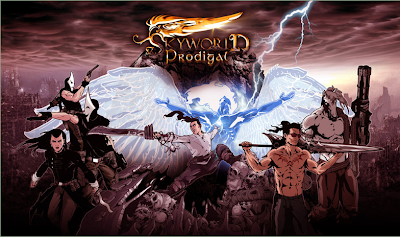 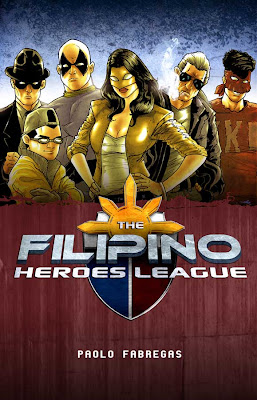 And then there’s the third issue of BATHALA: APOKALYPSIS by David Hontiveros and Ace Enriquez 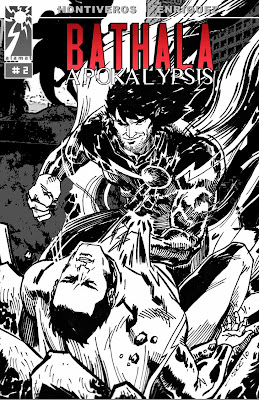 As you can see, it’s going to be a great new year filled with great new stories! Thank you for sticking around and liking the stories we tell!
Posted by Budjette at 3:54 AM

So sorry you have a hard time finding copies of Skyworld.

I think copies are still available at Sputnik, Cubao X.

You can also try leaving a message at http://iantoy.deviantart.com/
(this is the site of Ian Sta Maria, the artist of Skyworld)

You can also try ordering it via
http://glyphwall.com/

Thank you very much!