you say duende, i say duwende

My cousin Oliver, another Stephen King fan and horror freak, tweeted me this link the other day; and I was surprised to see that Merriam-Webster's Word for the Day was "duende". Here's their definition:

duende, \doo-EN-day\ noun, the power to attract through personal magnetism and charm

The magician was not only a talented illusionist; he also had the duende that kept the audience rapt throughout the entire show.

"It took all my nerve to dance in front of people who have been steeped in this tradition their whole lives. It was over in a flash, and in that moment tears filled my eyes. Maybe what I felt wasn't duende -- nobody ripped a shirt or slapped his face -- but it was close enough for me." -- From an article by Toni Messina on NPR.org, August 10, 201

The word "duende" refers to a spirit in Spanish, Portuguese, and Filipino folklore and literally means "ghost" or "goblin" in Spanish. It is believed to derive from the phrase "dueño de casa," which means "owner of a house."

The term is traditionally used in flamenco music or other art forms to refer to the mystical or powerful force given off by a performer to draw in the audience.

The Spanish poet Federico Garcia Lorca wrote in his essay "Teoria y Juego del Duende" ("Play and Theory of the Duende") that duende "is a power and not a behavior . . . a struggle and not a concept."

Nowadays the term appears in a broader range of contexts to refer to one's unspoken charm or allure.
Posted by Budjette at 1:52 AM No comments:

Email ThisBlogThis!Share to TwitterShare to FacebookShare to Pinterest
Labels: Philippine myth and folklore

where it all begins 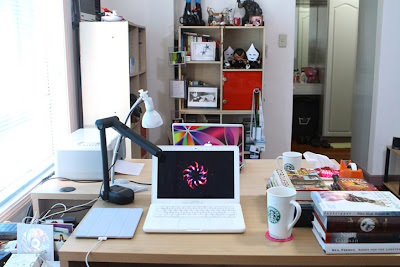 This is my desk at home, where I do most of the writing for Trese. This picture was taken by Mitch Mauricio and it's part of her Anik-anik Love project.

You can see more pictures of my work space, my comic book collection, and read a short interview at : http://anikaniklove.blogspot.com/2012/02/budjette-tan.html 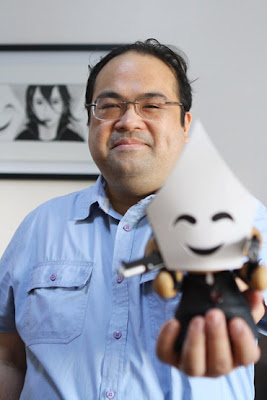