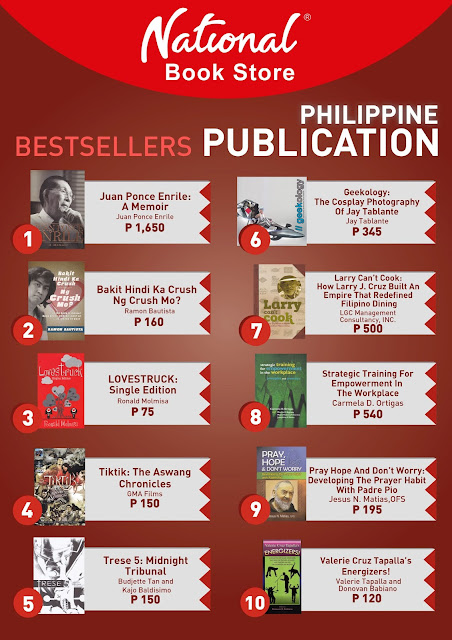 Email ThisBlogThis!Share to TwitterShare to FacebookShare to Pinterest
Labels: Book 5


“The late Steve Sabol of NFL films once said, ‘Tell me a fact and I’ll remember. Tell me the truth and I’ll believe. But, tell me a story and it’ll live in my heart forever.’ It is a unique and admirable skill to craft a well told story set in an intriguing world, inhabited by compelling characters. Yet, every time I open a chapter of the Trese saga, I’m blown away by Budjette’s imagination and by Kajo’s imagery. They’ve created a series full of swagger, featuring one of the most dynamic heroines you’ll ever see. Trese is thrilling, engaging and epic.” Aaron Rahsaan Thomas, Executive Producer of Southland; writer/producer of CSI:New York, Numb3rs, Friday Night Lights

Join us and get the chance to meet Trese and the Kambal! 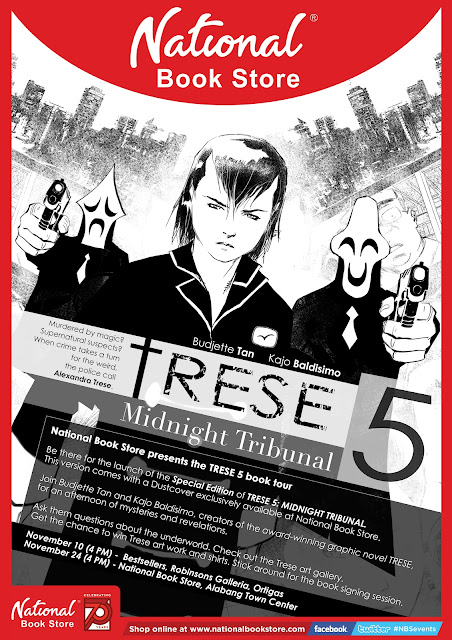 Be there for the launch of the special NBS Edition of TRESE 5: MIDNIGHT TRIBUNAL.
This version comes with an Exclusive NBS Dustcover.

Join Budjette Tan and Kajo Baldisimo, creators of the award-winning graphic novel TRESE, for an afternoon of mysteries and revelations.

Ask them questions about the underworld. Check out the Trese art gallery.
Get the chance to win Trese art work and shirts. Stick around for the book signing session.
Have your pictures take with the Trese and Kambal cosplayers!
Hosted by Yvette Tan, author of WAKING THE DEAD

See you this Saturday! 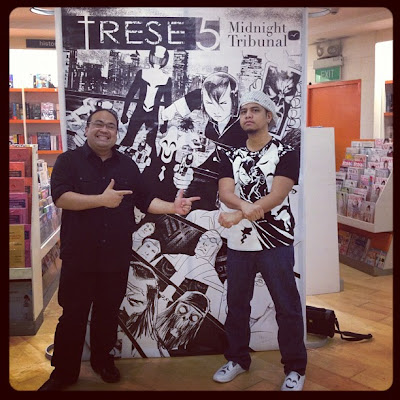