manananggal in the morning 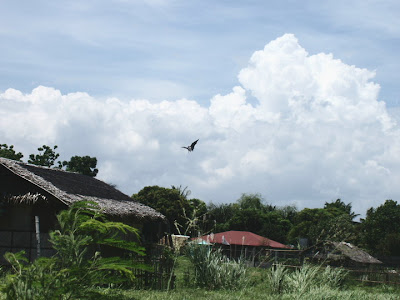 I saw this picture on somebody's Plurk. It looked nice but also looked really fake. Somebody then posted it on Facebook and asked, "What would Trese do?" It's interesting how readers have started to quickly associate Trese with supernatural happenings and strange events. Some Trese-readers on Facebook would comment about how certain current events might have been caused by the Talagbusao, Bagyon Lektro, or by fire elementals. I find it amusing that when these unusual things happen, they immediately think, "This is a job for Trese!"

Anyway, going back to the picture above, I wonder why the photographer/photoshop artist decided to set it in the morning. Wouldn't it have been more realistic if it was shot at night? Or was this supposed to be a manananggal that partied too much last night and is just on her way home? Her lower half must be really pissed!

...which reminded me of the time we tried to fake a "supernatural scandal". Below are three videos we did to secretly promote the Neil Gaiman event at Subic back in 2007. I worked on these videos with Ian Sta. Maria and we were lucky enough to get Romeo Candido to direct them. Romeo was the director of the movie "Ang Pamana:The Inherittance"; the trailer of which you'll see at the end of this post. I believe the DVD of the movie is available locally and you have to watch it if you love stories about aswang, tikbalang, and ghosts.

"ANG PAMANA" MOVIE TRAILER
Posted by Budjette at 6:02 AM 1 comment: 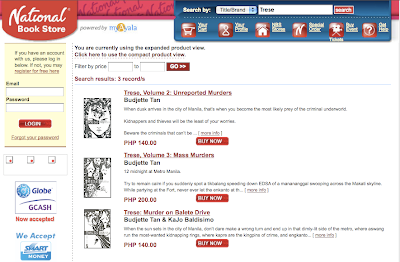 
You can also order all the other titles from Visprint.
Just search by PUBLISHER and type in "Visprint"
Posted by Budjette at 5:15 AM 4 comments:

Email ThisBlogThis!Share to TwitterShare to FacebookShare to Pinterest
Labels: bookstores

Will Kagat ever open a branch beside The Diabolical? 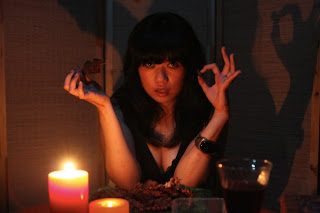 Waya Gallardo will taste everything once. From kamaru (mole cricket) and kalabaw (carabao), to fried scorpions and sautéed silkworms, she will open her mouth and taste and then make up her mind. More often than not, she ends up liking it. But when Kagat (loosely translates to “bite” in English), the darkly themed halimaw (monster) restaurant opened last month, even she had to think twice before finally agreeing to try their specialty: Black Adobo.

At first glance, Black Adobo doesn’t seem like anything out of the ordinary. It isn’t even a main course, but an appetizer dish of three small birds braised in vinegar, an extraordinary amount of garlic, and fresh green peppercorns. But you can only order this dish once in one night. No one can call back to the kitchen for more.

For these small birds, served whole, head, beak, claws and all, are the fabled Black Chicks, allegedly harvested from the throats of real manananggals [a vampiric creature in Filipino folklore whose upper half sprouts wings, and separates from its lower one when it hunts for human blood].

A particularly macabre gastronomic gimik, or just another fanciful recipe on a menu that features Tinolang Adarna and Kapreng Kape (tobacco leaves are brewed along with the coffee beans)? Maybe. But how to explain the stories circulating, of Black Adobo inducing mild euphoria, of diners experiencing a common craving for cooked offal. And the wings—how do you explain them?

The Oldest Balete Tree in Baler

Last month, our friend Pinky went to Baler and went to the oldest balete tree in the area. 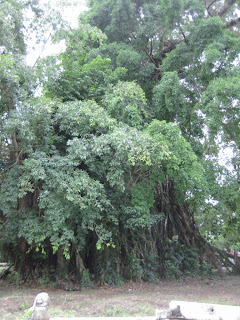 She took photos because it immediately reminded her to this scene from TRESE: MASS MURDERS. 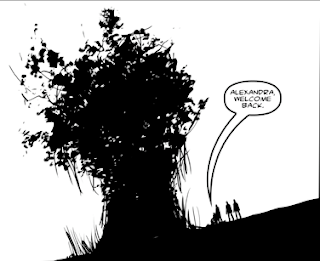 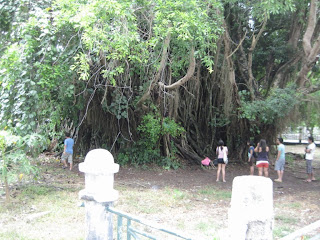 According to their tour guide, the tree is so huge, it would take 60 people with arms out-stretched, to encircle the tree. 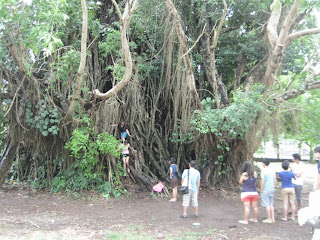 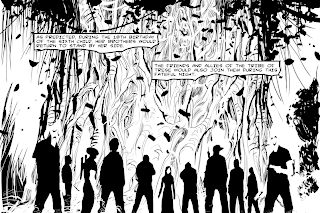 And here's Pinky about to start her version of the Twelve Trials of the mandirigmang-babaylan. 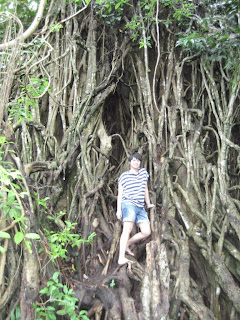 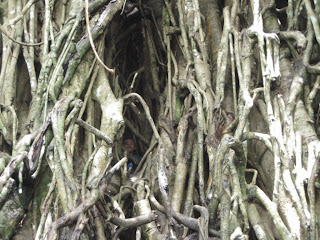 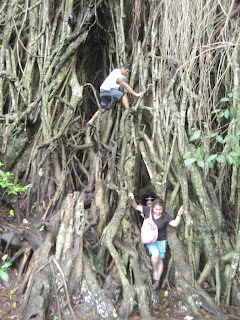 And here are pictures from the inside of the tree. 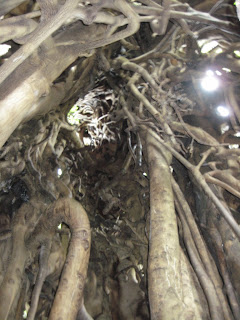 Hey Pinky! Is that a diwata behind you? 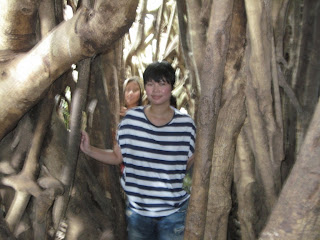 Posted by Budjette at 4:21 PM No comments:

Well, it's not exactly made of mystical cloth and it's not made by the blind weaver of Basilan, but it's the proto-type TRESE shirts designed by Wella and Argem. We hope to have them ready for the next comic book event this year. 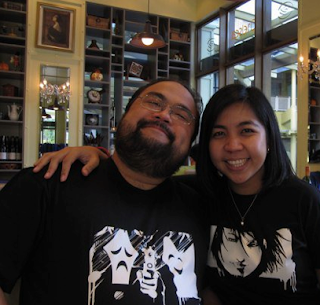 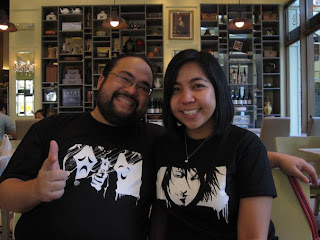 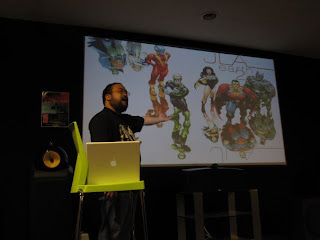 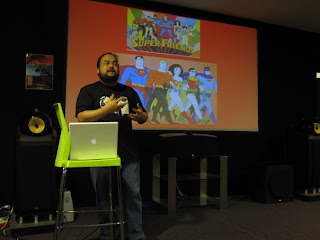 This was organized The Center for East Asian Languages. Learn more about them at: 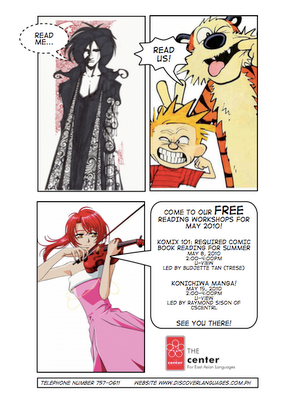 A talk about men with capes and women in tights; about mutants with claws and aliens with a lot of angst. If you like sci-fi stories, romance novels, crime shows, horror movies, then there's a comic book or graphic novel that you'll definitely like.
Join us as we guide you through the shelves of graphic novels and find out which titles will grab your interest and open new worlds for you.
The seminar will be led by Budjette Tan, comic writer and editor, and co-creator of the graphic novel Trese.
Date: Saturday, May 8, 2010
Time: 2:00pm - 4:00pm
Location: U-View Theater, Fully Booked, Bonifacio High Street
This seminar is for free.
On May 15, Raymond Sison leads KONICHIWA MANGA, a discussion about manga and anime. 2:00 to 4:00PM at U-View, in Fully Booked Bonifacio High Street.
These seminars are organized and hosted by The Center for East Asian Languages. Learn more about it at:
http://www.facebook.com/pages/Makati-Philippines/The-Center-for-East-Asian-Languages/80111449619?ref=ts
http://www.discoverlanguages.com.ph/
Posted by Budjette at 12:41 PM 2 comments: