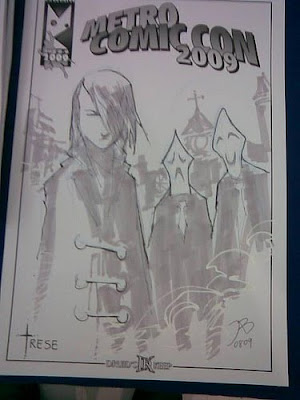 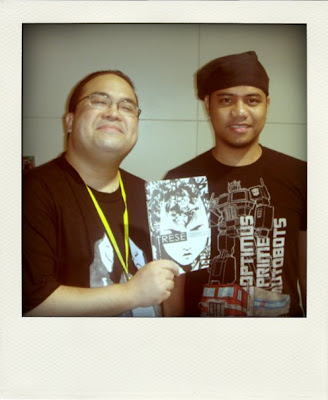 Congratulations to the organizers of the first METRO COMIC-CON!
From out side of the conventional hall, everything was pulled off without a hitch. (I think the only untoward incident of the event was when Chez Fidelino's Powerbook was stolen from the Sputnik Comics booth.)

Thanks to everyone who bought copies of TRESE. Thanks to the ones who already had copies but decided to buy new ones because they forgot their copies at home and they really, really wanted us to vandalize their mint condition copies of Trese.

It was great to finally meet the people we originally met online, especially the ones we’ve met on DeviantArt. 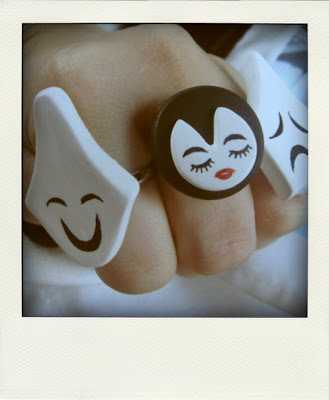 Thanks to everyone who also got the Trese Amulettes (and to everyone who laughed at my joke about the amulettes having magical powers – yes, I know only two of you laughed, but I kept telling that joke anyway).

If you were not able to get any Trese Amulettes, we’re planning to make them available soon. Just give Ronnie and Ceres time to make more. (Yes, each one is hand-made!) 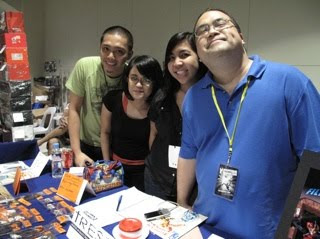 Thanks to Wella for manning the booth through-out the con and for doing a convincing job in pitching the comics to people ("Yes, this is about supernatural crime... and this one is about Third World superheroes.")

Thanks to Sally and Kid Kulit for taking care of the Trese sales.

Many thanks to ones who got Skyworld and The Filipino Heroes League. Hope you liked those books as well and send us feedback soon!

If you missed out on those titles, read more about them at:
http://skyworldcomics.multiply.com/
http://pfab.deviantart.com/

Thanks again for patiently waiting for TRESE: BOOK 3. If you noticed Kajo sketching away at the table then you already got a glimpse of the final pages to Case #13.

By the way, TRESE has been nominated in several categories at KOMIKON AWARDS. Please do us the favor and vote for TRESE at
http://komikon.deviantart.com/ 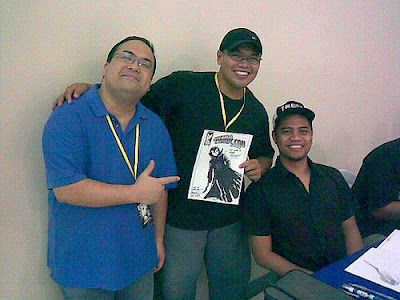 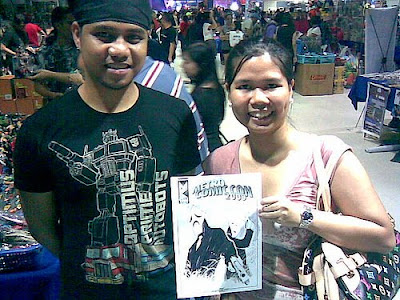 (thanks to Brandie and Lette for the pix)