If you were around during the early years of Alamat Comics, you might have heard about this much-awaited comic book called LAKAN.

The story was set in a post-apocalyptic Philippines, where aswang pillaged the cities and countryside, where Filipinos once again banded together as tribes and fought back the aswang using swords and their agimat.

Here are the preview pages that first appeared in COMICS 101: 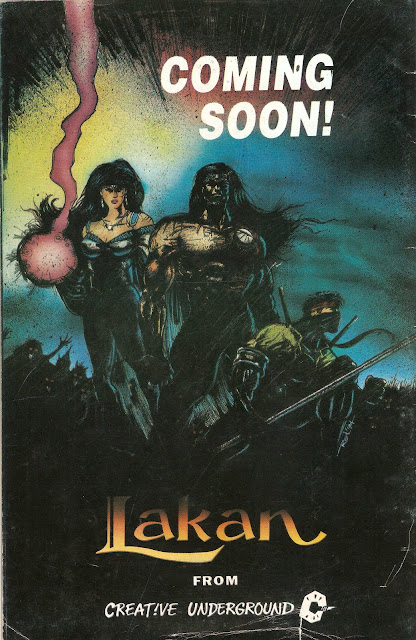 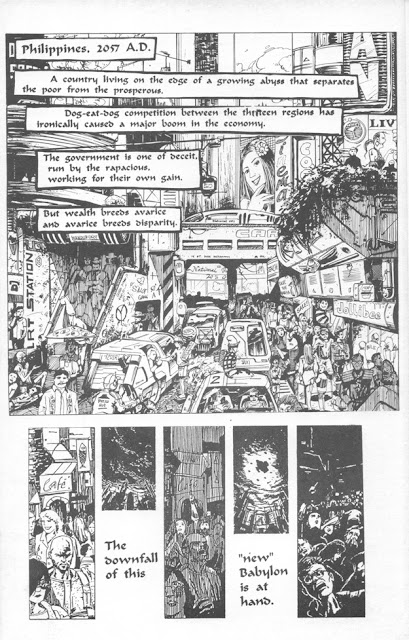 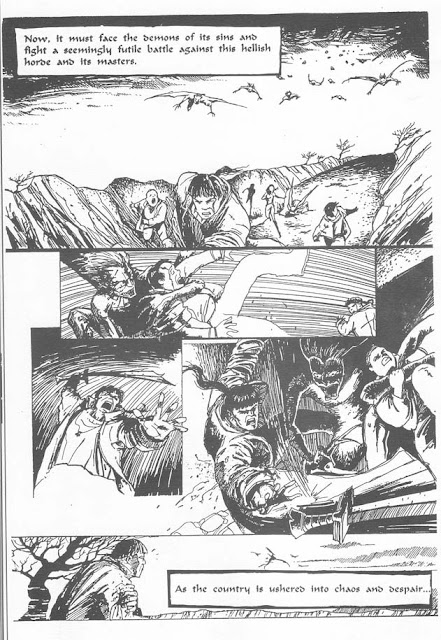 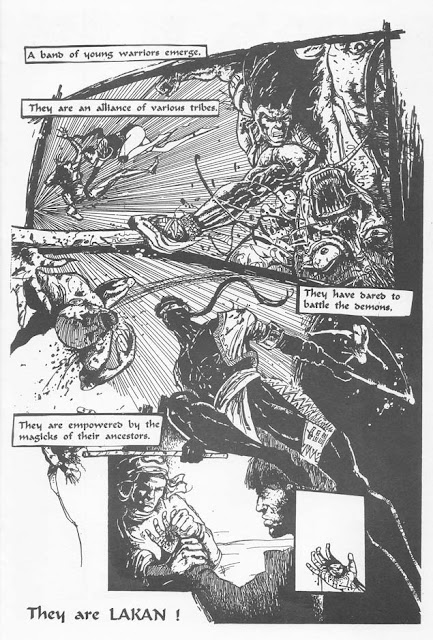 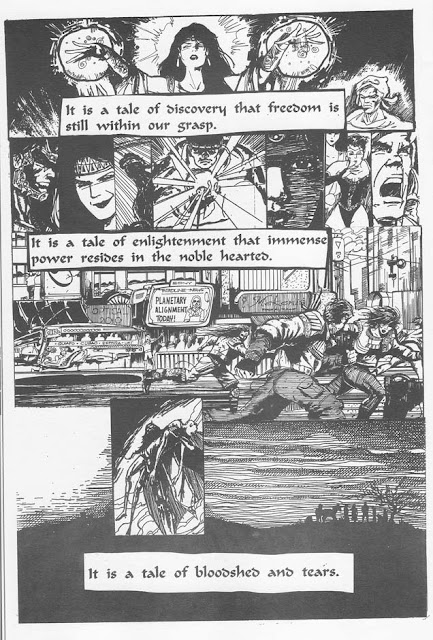 I put together those preview pages using my dad’s laser printer and his office’s Xerox machine. (Thanks dad!)

LAKAN must have been the first comic book I wrote as a work-for-hire guy. It was 1994 and my friend Ma-an told me about some friends of her friend that were going to publish a comic book and they needed a writer.

At that time, I didn’t have any published comic book work, so I just printed out a scifi story I wrote and brought it to the meeting with Ian Orendain and Chris Bernardo, the editors of the book.

They read my short story and considered me good enough to be brought on board as the new scriptwriter of the comic book. Ian and Chris explained to me the plot of Lakan and what they wanted changed.

They showed me pages and sketches of LAKAN artwork by guys named Gerry Alanguilan, Oliver Pulumbarit, and John Toledo. Little did I know that, later on, we’d eventually meet and become the founding members of Alamat Comics. I saw Gerry’s fantastic and insanely-detailed pages and asked if we were going to retain those pages. Because all the artists were getting reshuffled to do other scenes, all those original pages would never be used. I actually felt bad that those pages wouldn’t see print.

Here are links to Gerry’s blog where he talks about LAKAN and shows us those pages:

From my point of view, LAKAN was the result of our many years of reading X-Men, Teen Titans, Crisis on Infinite Earths, and growing up at the time when Francis M rallied the youth with “Mga Kababayan Ko” while wearing his ethnic-inspired clothes. It felt like the sort of story that would be produce during such a time.

Unfortunately, because of so many reasons, the book was never published.

But, I guess, the idea of “man vs aswang” is something that will forever be told by the Filipino storyteller and it will just take on different forms in the years to come.
Posted by Budjette at 2:51 PM

I was thinking about this just the other day. I'm still waiting for this to come out, the unpublished pages are phenomenal.

Hey Budj... I didn't realize you had a big hand in putting Lakan together. I honestly wasn't even aware of it until you told me. I think I haven't even met you yet at the time.

This is all my work. Thanks for posting. Been browsing about Gerry Alanguilan's death. Found this article on the history of Alamat Comics.