The secret origin of my dynamic team-up with talented Mr. Baldisimo aka KA-JO. 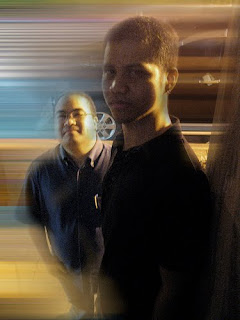 I first met Kajo when he was part of Virtual Media Studios -- which was the unofficial tambayan of Alamat Comics way back when.

During those years we'd drop by and hang out, I got to see Kajo and guys work on the pages of A.R.C.H.O.N. Kajo actually finished three fantastic issues of that comic book. All the art was colored and letter and then... their PC crashed and they lost all the artwork. So, we may never know whatever happened to that band of law-enforcers in outer space.

Here's one of Kajo's pin-ups from A.R.C.H.O.N., showing Troy, the team leader.

My first collaboration with Kajo was a comic book that only got distributed in Malate. We were hired by an NGO to make a comic book about AIDS and HIV. So, I wrote a story about a guy who sleeps around and ends up getting AIDS and gives it to his wife as well. The issue ends with some literature about the benefits of regularly going to clinics and get tested. We never did get a copy of that comic book.

The next time I worked in Kajo was in the year 2000. I was already working for the ad agency and we had to do print ads to promote Globe's text-based games of X-MEN and PUNISHER. So, if you ever remember seeing those ads or posters of Globe with those Marvel characters, those were drawn by Kajo!

Couple of years later, Kajo started "NWA" a comic strip that was serialized in MTV INK, the channel's music magazine. He then asked me if I wanted to collaborate on something that we can pitch to the magazine. Around that time, I had already released the three issues of Batch72 and wanted to bring back that old barkada. So, I thought of revamping them and we pitched it as 8 HIT COMBO. (By the time we did pitch it, the magazine had shut down.) 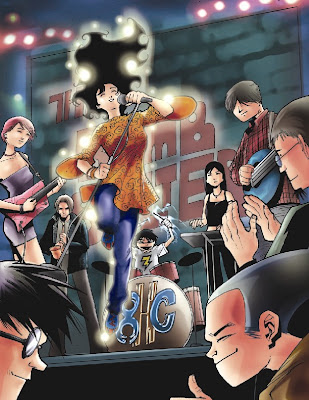 Sometime later, Kajo said he wanted me to help him write a story. So, he sent me this 24-page story with no words. The art was amazing! I got excited and asked Kajo, "So who's this girl? And why is she running? And who's the guy? What about this monster?" Kajo just looked at me and said, "Oh, I leave all of that up to you. So, we really get to collaborate on this 50-50." Left without a clue, I held on to those pages for how many months, until I slowly started to make sense of the pictures. 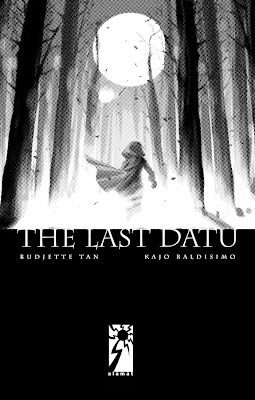 Of course, if you're a regular visitor of this blog, you already know about that text message Kajo sent me back in June 2005; the text where we asked the ridiculous question: "Do you think we can work on a a monthly comic book?" I laughed and just thought, "Okay, maybe we'll get to do ONE issue!" That one issue later became 13 cases.

So, as you can see, on several occasions, it was really Kajo who would nudge, poke, and prod me to do a comic book project. So, please do help me greet my partner-in-crime! (If you're linked up to him in Facebook, please greet him there or maybe greet him on the Trese Facebook page.)

By the way, aside from working on TRESE Book 4, we've got another surprise for you this year; something that we hope to launch in the next comic book event. 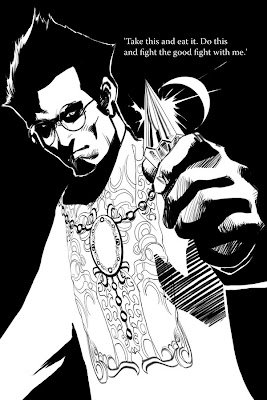 Belated haberdi Kajo! This is a great not-so-secret origin.
On pins and needles for the next book.

--
Discover the love story that restored our democracy!
http://www.facebook.com/Biographix