the man with the plan

This is Talis and he's got a plan to save the world. 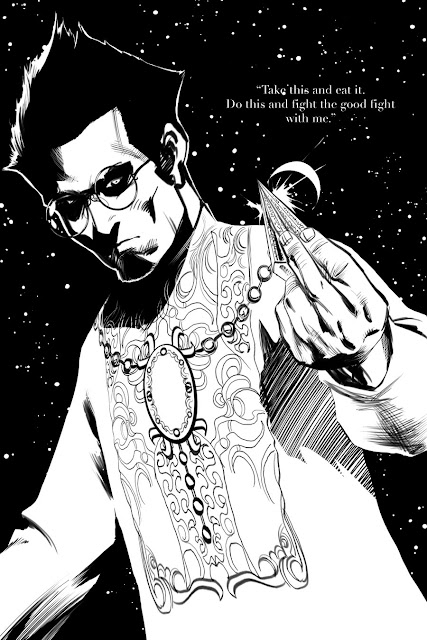 I’ve been itching to do a Pinoy super hero story for the longest time. So, early this year, when I was supposed to be working on the Trese Book 4, I ended up scribbling this story and pitched it to Kajo.

We had a grand plan to juggle working on Talis on one month and working on Trese on the other month. Well, our dayjobs and other projects got into the way, so we ended up getting delayed with both books.

So far, this is the only finished TALIS story and we’ve decided to focus on the very delayed Trese Book 4, so it might be sometime before we can get back to revealing the other people who’ve crossed paths with Talis.

We hope to release Trese Book 4 early next year and if we’re lucky, we’ll get the chance to do another Talis book soon after that.

That’s the end of my intro and this link http://tresekomix.blogspot.com/2010/11/talis.html leads you the first issue of TALIS. Please do give it a read and tell us what you think.


Minda needs to do a lot of things today, like study for her exams, take care of her ailing mother, and when the world needs her help, swallow a magical gem and transform into the high-flying super-hero Minakawa.


Minda was chosen to receive this magical gem because of her brave heart and kind soul; chosen by the man only known as Talis.


So, just when Minda thinks she’s done saving the day, Talis shows up to ask for one more favor. How can Minda say refuse the man who gave her all this power?


Read the complete story at:http://tresekomix.blogspot.com/2010/11/talis.html
Posted by Budjette at 5:51 AM

aaaay! LAAAAb it sir!!! very creative and good concewpt! can't wait for the book to come out! and trese # 4 of course!