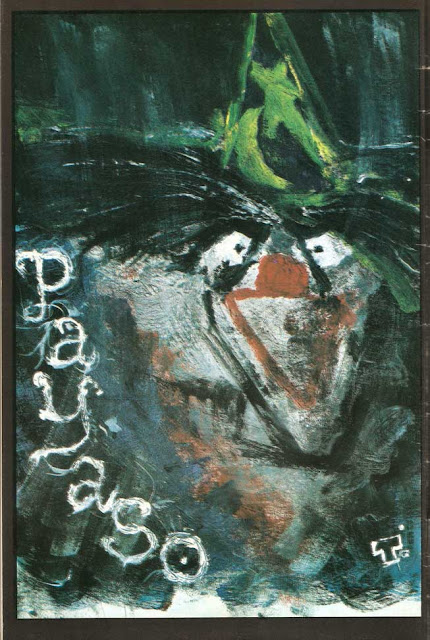 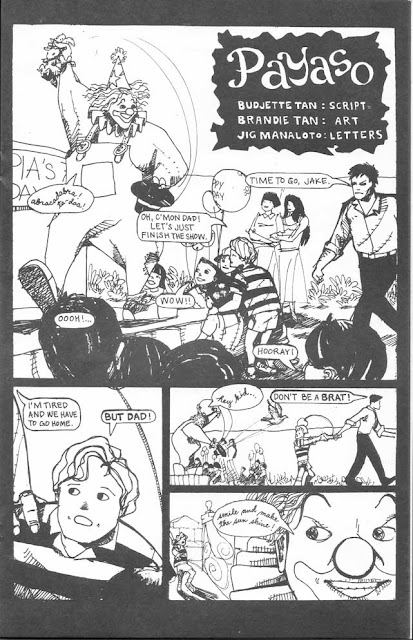 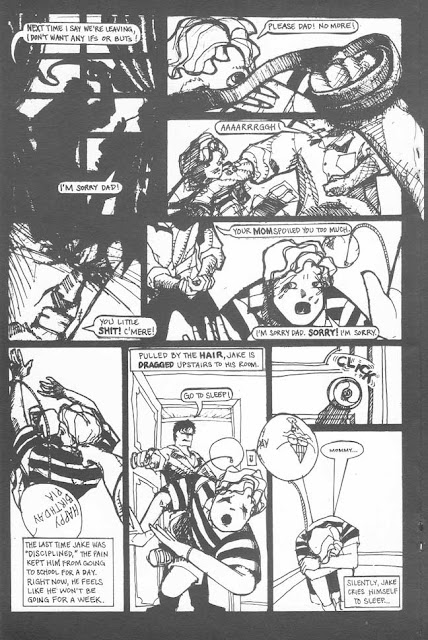 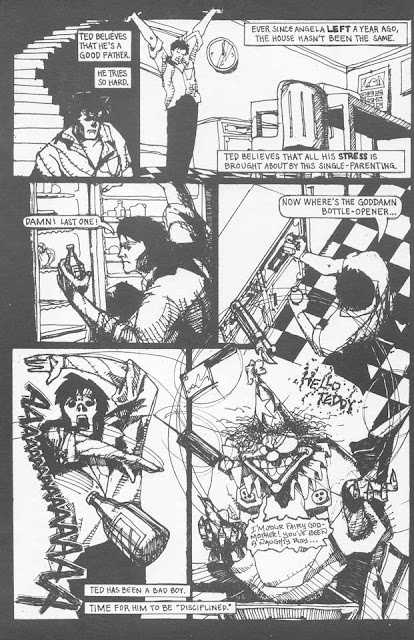 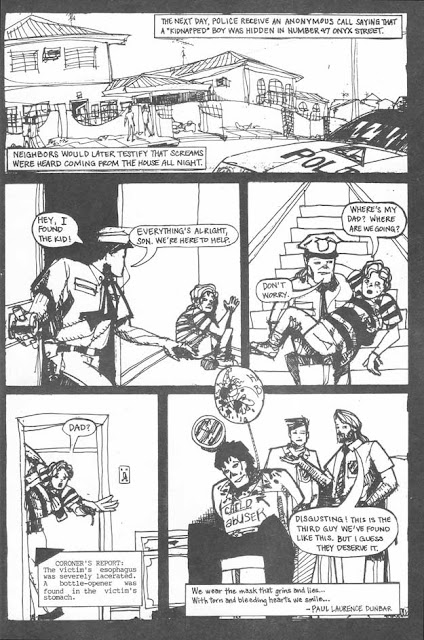 PAYASO must be the first horror story I wrote in comic book format. I got my brother Brandie to draw it. As you can see, he was still in his Vertigo phase, when he emulated Dave McKean, Bill Sienkiewicz and Kent Williams.

I was channeling Stephen King when I was writing this story, which was inspired by that evil clown from King's "IT".

I really didn't know where this story was going. All I knew was that there was going to be this clown, who would magically appear, saving children from abusive parents, siblings, neighbors, etc. 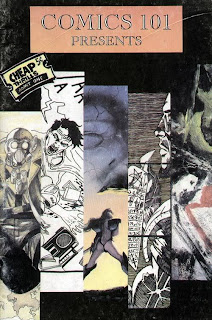 This story came out in COMICS 101, the first comic book me and my barkada self-published. We rushed this comic book because I was on my way to the 1994 San Diego Comic Con.

At the comic con, I gave a copy to Dave McKean. I flipped open the comic book to PAYASO and asked him what he thought of the art. He looked at it for a bit and said, "It's good."

When I told Brandie what Mckean said, we joked that when the second issue comes out we'd have a blurb on the cover that says, "It's good!"-Dave McKean

When we started planning the second issue, I turned over the reigns of writing to Mark Gatela because I wanted to focus writing The Flying Phantom. When Mark asked me what's supposed to happen next, I said, "I don't know. Just have the clown kill more child abusers."

So, when Mark and Brandie started to brainstorm about the next issues of PAYASO, Mark decided to focus on the detective who appeared in the last panel of the story. That's Michael Andara. Brandie patterned him after the actor Michael Williams -- pony-tail, five o'clock shadow, and all.

So, instead of putting the spotlight on the evil, magical clown, Mark fleshed out the character of Detective Andara and began to build this whole backstory about the detective getting involved with unsolved crimes with supernatural origins.

Mark's PAYASO scripts made me realize that there was an entire supernatural underworld to be explored, right here in Metro Manila.

Which is why, in one of first drafts of the Trese script, I made Anton Trese a tabloid reporter and he would go to Andara, trying to get the scoop on the latest unusual, unearthly murder in town.

Of course, you already know how I took Trese down a different route.

As for Detective Andara and the mystery of the Payaso, you might still get to see them in the future. Mark's still working on this massive Andara graphic novel when he's not busy being a dad and being snarky on Twitter.

One final note to all writers and storytellers out there: as you can see, from this first story that I wrote, which I thought as a masterful masterpiece, you don't also get it on the first try. Which is the reason why you need to keep writing. Get published. Get rejected. Get great reviews. Get really bad reviews. Write some more. It's the only way you'll get better.

Email ThisBlogThis!Share to TwitterShare to FacebookShare to Pinterest
Labels: Brandie

Yeah, I remember this way back. Good times... such good times.