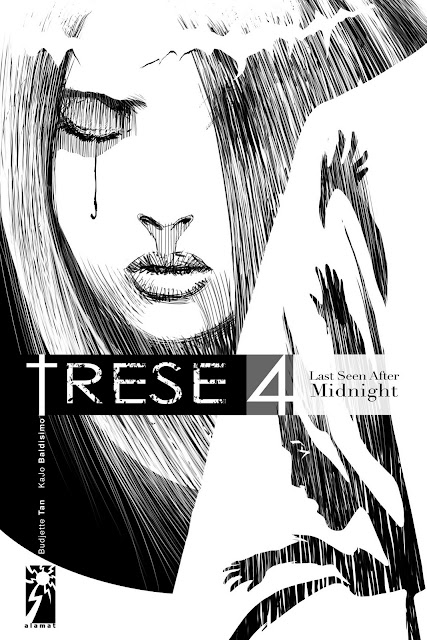 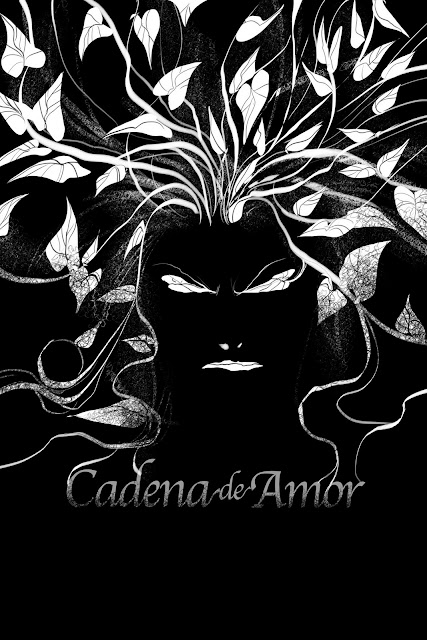 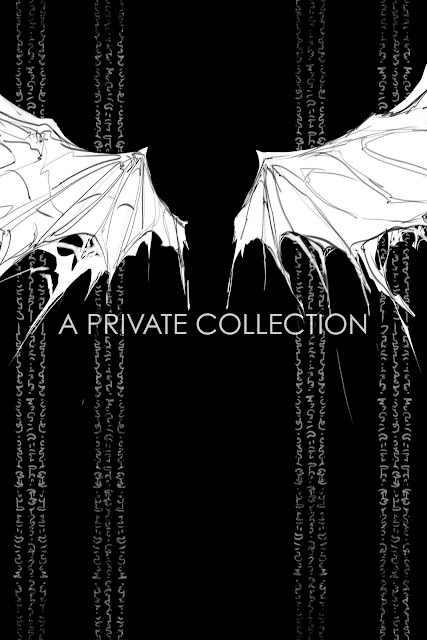 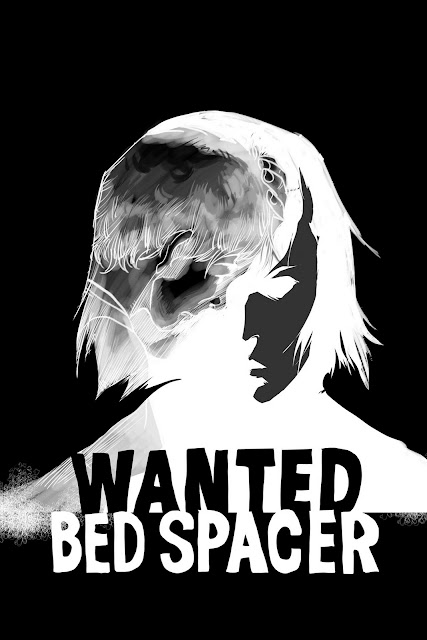 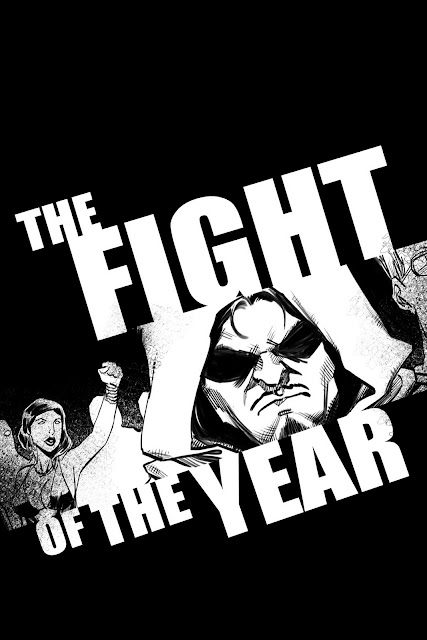 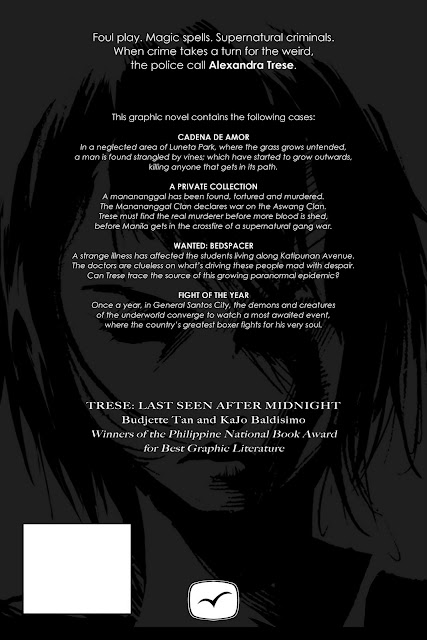 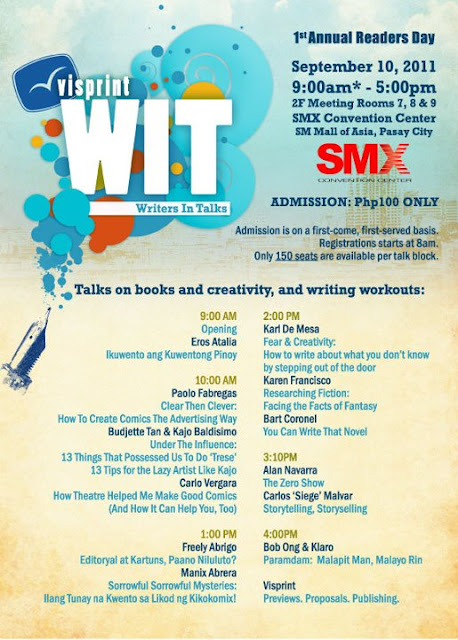 See you this Saturday (September 10) for Visprint's WIT: The 1st Annual Readers Day.

All of the Visprint authors and comic book creators will be there sharing their stories, their secrets, and upcoming projects. This is also your chance to see preview art from Trese Book 4.

Me and Kajo will be talking about the "13 Things that Possessed us to do Trese".

Kajo will also give "13 Tips for Lazy Artists Like Kajo"

Afterwards, we will hang out at the Visprint booth to sign, scribble, and doodle on your copies of Trese. 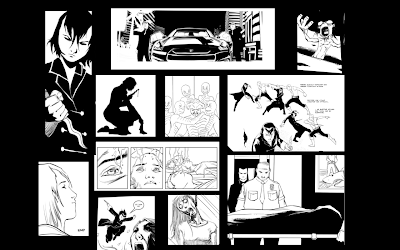