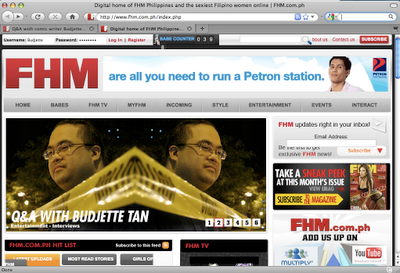 i really hope if and when a movie materializes for Trese, it will be as good as the comic books. :)

blood on the mirror said...

I definitely would want to see more Trese and Underpass.

It would be cool if Trese were turned into a video game too.